View cart “Marie Laveau” has been added to your cart.

Inspired to write for his granddaughter, composer Michael Deak wrote this lovely medium ballad about childhood. It begins with his reflections while watching her “The photographs, the smiles, the faces. The days that slowly drift away. You were so young, a moment captured. A sunny day I still recall.” Further in the song, he thinks of his own childhood.  “We loved the moon. We danced by starlight. We dreamed of what we would become. A new world growing. The old ones knowing they would lose you, but with hope that they could give you the love, for out of all, it’s love you give a child.” (Others by Mike Deak.) 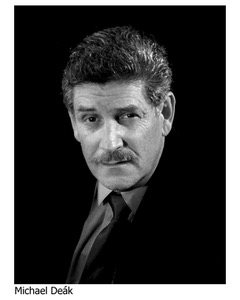 Michael Deak studied vibes with Bobby Hutcherson as a teen and played them professionally for some time, but in 1959, when the landmark “Kind of Blue” album came out, Bill Evans’s playing led him to add piano. Although he won 1st place for vibes in several Lighthouse Jazz Festivals, by then he was already composing. and eventually won awards for both jazz and classical works. Two of his guitar pieces, performed by Gregg Nestor and Ray Burley, can be found on Cambria’s “Kaleidoscope” CD.  His collaborations with Jarrett as a lyricist, eight of which can be found in the Shop, began after Mike came to hear Borrowed Time one night in Pasadena.

Be the first to review “A Child’s Life” Cancel reply